Charli’s first teeth cut almost one full year ago. We were at my Dad’s house for Thanksmas. I didn’t understand why she was spitting up so much, and that was the first occurrence of the infamous “blow out.” If you don’t know what that is, consider yourself lucky!

The next morning, we found two shiny, pearly daggers protruding from her bottom gums. Charlotte wasn’t quite four months old.

I guess it’s somewhat harmonious that she is cutting her last teeth 12 months later.

Now, you recent mommies and daddies are probably thinking that I am mistaken. Charli is not quite 16 months old, and the “final” teeth are the second molars. These second molars are not supposed to arrive until closer to 24 months. But the kid cut teeth 13-16 a couple months ago. 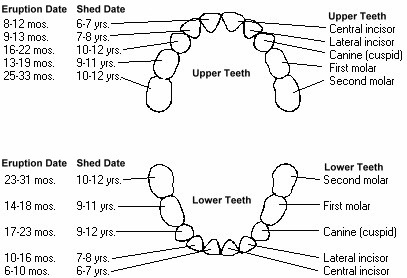 Regardless. I wasn’t certain. I spent hours researching the symptoms that have been plaguing my sweet baby for nearly a week. Everything pointed toward teeth, BUT, like you, I knew second molars were supposed to be a ways off.

Nevertheless, I couldn’t ignore the sharp decline in appetite, excessive drooling, waking up screaming in pain, diarrhea and severe diaper rash. HOS checked this morning and found signs of teething. And tonight, we made the terrible mistake of trying to brush her teeth…

(If your babies are ever teething, hold off on brushing the rest of their teeth until the cutting is over!)

I’m not sure if this post was intended as means to vent about a difficult week with my hurting baby or as a lesson to other parents. There are exceptions to every rule – even the scientific ones. Trust your parental intuition. You’re probably right.

Because no one knows your child better than you do!